You are here: Home1 / Our Specialists 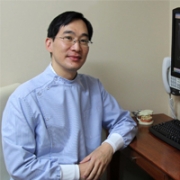 After graduating from dental school, he worked in the private sector as a general dentist while studying for post-graduate qualifications in F.R.A.C.D.S.

In 2002, he was awarded the F.G. Christensen Prize by the Royal Australasian College of Dental Surgeons and he was soon accepted into the Specialist Periodontics training at The University of Melbourne.

Dr Chan graduated with the postgraduate qualifications Doctor of Clinical Dentistry and F.R.A.C.D.S. in the specialist stream of Periodontics, to become a registered Specialist Periodontist in 2006.

On top of his full time commitment at his private practices in Brighton and Camberwell, he is also an Honorary Clinical Fellow at the University of Melbourne, and is involved in teaching of the Postgraduate students.

Dr Chan has also previously been involved as the Primary Examination Student Advisor of the Royal Australasian College of Dental Surgeons as well as the chairman of the ADA Regional Group. 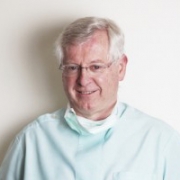 Dr Bastiaan graduated in dentistry from the University of Melbourne in 1973 and then continued on to specialise in Oral Medicine/Oral Pathology at the same faculty until 1975. From Melbourne he travelled to London University graduating as a Periodontist in 1977.

Returning to Australia in 1978 he joined Melbourne’s then largest periodontal practice in Collins Street where he worked until 2010. He also established a large practice in Brighton in 1982 and at Frankston in 1994. Post graduate studies continued and he took Fellowship in the Royal Australasian College of Dental Surgeons in 1979 and served on the Council for 14 years rising to become the Federal President 2002-2004. He has held numerous positions in various dental organisations, was the forensic dentist for the Coroner for 10 years and is an active Colonel in the Royal Australian Army Dental Corps Reserve acting as the Honorary Dental Surgeon to the Governor General of Australia.

In 2006 he was made a Member of the Order of Australia for services to dentistry.

Dr Bastiaan taught at the Dental Faculty at the University of Melbourne for 13 years and has been an international and local lecturer for many years. In his career he has published over twenty five scientific articles and chapters in three periodontal text books. When implants first came to Australia Dr Bastiaan soon became involved in 1991 and these are a significant part of his practice.

Dentistry has been his main activity for 40 years but beyond that he is very well known for his commitment to Australian history with his international recognised bronze hand sculpted information plaques in over 240 places around the world. Involvement in our nation’s military history led to his appointment for 12 years to the Council of the Australian War Memorial in Canberra where he served as Deputy Chairman. Community work in Rotary and Odyssey House Victoria was undertaken over many years.

Dr Bastiaan has two sons and lives on a small farm in Merricks North with his wife and a handful of cattle. His relaxation is splitting wood.